Just In: The Worlds Most Overrated Tourist Traps - Ditch Them For These Great Attractions

More times than others, people have these huge expectations about some of the most popular tourist attractions. Many people arrive there and say, ‘is that it'? Huge disappointment sets in because of over-glamorization and the place just being too crowded. Imagine waiting years to see the Mona Lisa, and you can’t even catch a glimpse over the sea of people. Discover which tourist attractions are outright tourist traps and which attractions you can replace them with to be sure to have a great lasting impression.

The 5 Most Overrated Tourist Destinations

The leaning tower of Pisa is probably one of the most famous towers in Italy. It became famous due to a mistake - because of the poor building plans, the tower eventually started to lean. Because of this, the tower has become a popular destination by welcoming on average 5 million visitors per year.

So after taking the unoriginal and the familiar photo of you propping your hand against the tower, insinuating that you are keeping the tower upright, what now? In actual fact, the tower is really not so much different than any other towers found in Italy besides, of course for the leaning aspect. This makes it nothing more special than a typical selfie spot - a selfie that a million other people also have already. It is also probably the most expensive selfie you will ever pay for - you'll have to wait in line for hours and pay up to 20€ for that one photo - besides that, there isn’t much more to do on-site. It has also become a hugely overcrowded site with hundreds of people creating a human chain along the walkways, all battling for the perfect spot for their perfect selfie. 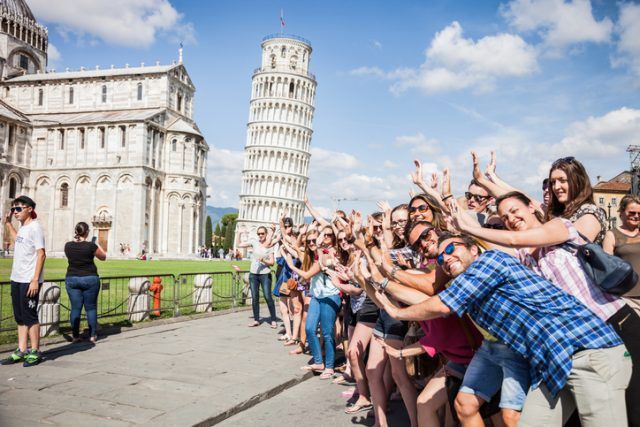 Swap this destination for Garisenda and Degli Asinelli

In the heart of the quaint little city of Bologna, you will see not only one but two leaning towers. These two towers are both much older than the leaning tower of Pisa. The Asinelli tower stands at 97m and is quite a bit taller than the tower of Pisa. The two towers resembles beautiful medieval-style architecture. Bologna is also one of the most beautiful medieval centers of any Italian town, excluding Venice. Bologna doesn’t receive nearly as many visitors as cities like Florence and Venice, thus making it a more accessible city to explore due to fewer tourists. Another benefit is that the town is quite easily explorable on foot. 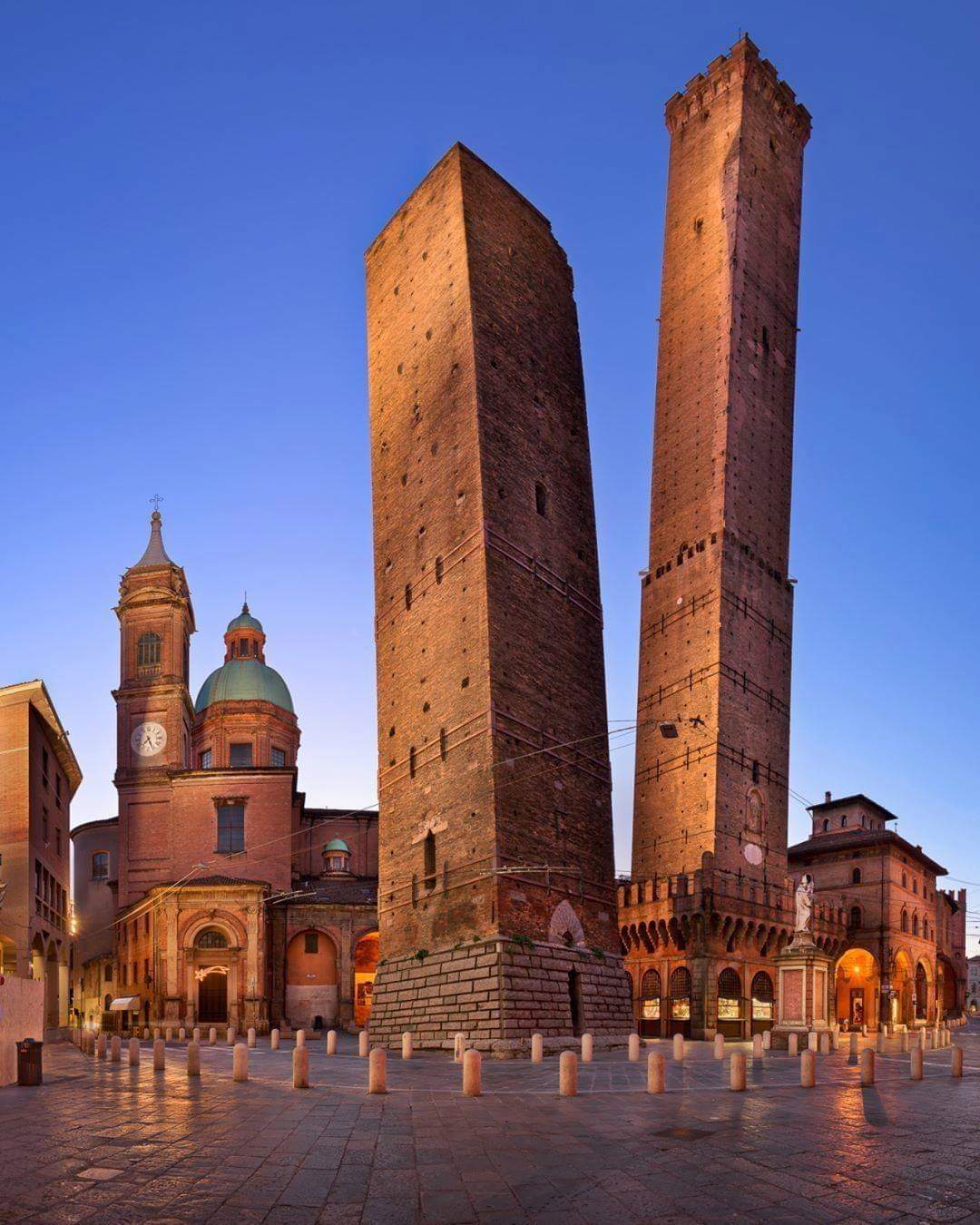 Described as the worst view of London, the London Eye has been dubbed one of the most overrated attractions of London. You can expect to pay around 36€ for a 30-minute Ferris wheel ride and around 73€ for a fast-track ticket. And trust me, you will need the fast-track ticket. The queues can be impressively long, and you will be bombarded by hundreds of other tourists. Around 3.5 million people visit the London Eye each year. That's about 10 000 people daily. That’s crazy! Swap this destination for Sky Garden

This public garden offers impressive skyline views of the golden sunset over the city. This public garden sits at the top of the building on 20 Fenchurch Street, better known as ‘Walkie Talkie’, and dubbed the highest public garden in London. The best part is that it's free. You can visit the Sky Pod bar and several other restaurants on the top floor. 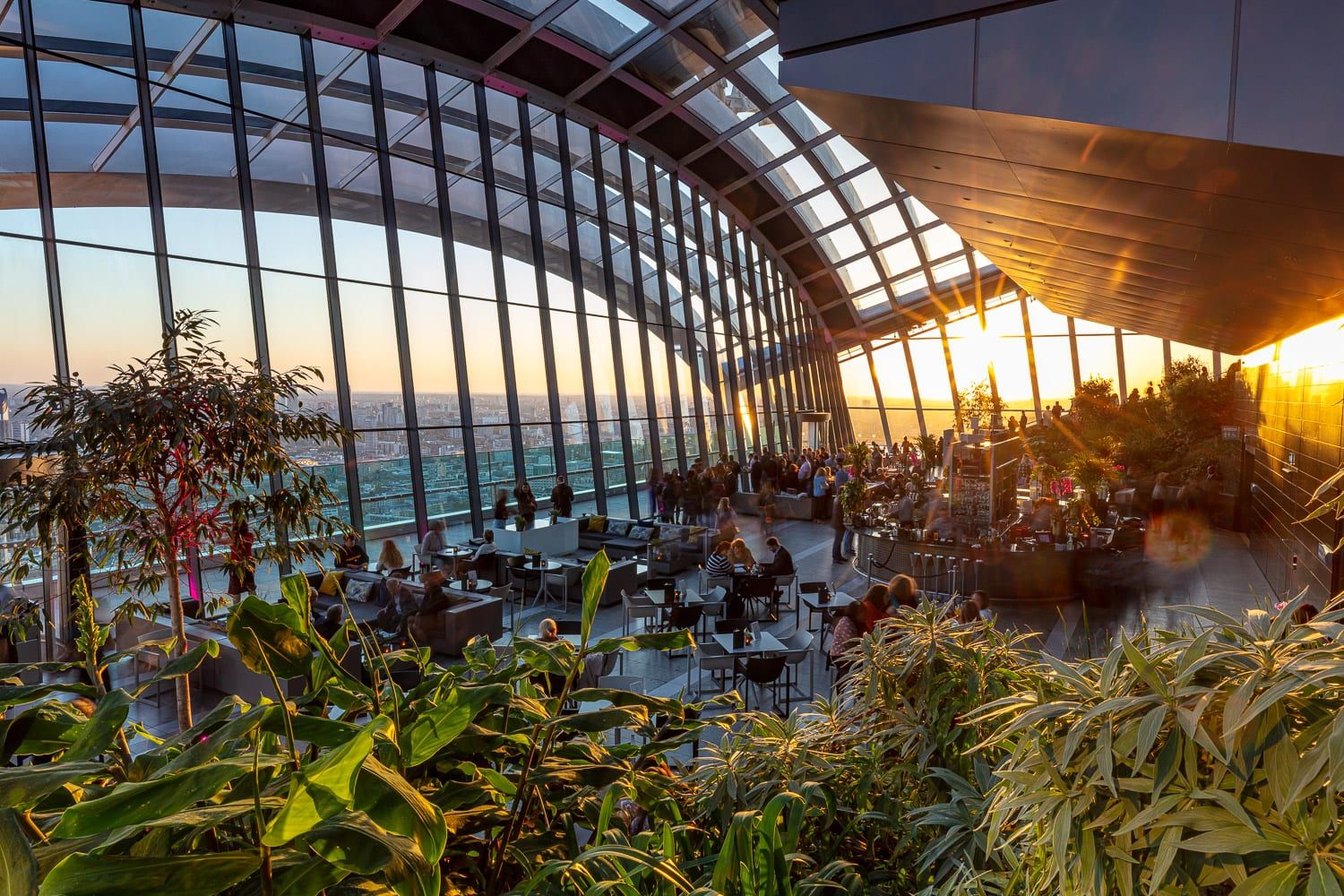 The temple bar can be described as one of Dublin’s thirstiest tourist traps - with tourists everywhere competing for the title of ‘Drunkest Tourist'. The supposedly authentic bars are super overcrowded and overpriced - and this leads to the destination losing its authentic spark. It's reported that the area welcomes at least 60 000 visitors a day. So what makes Temple Bar so incredibly special? Literally nothing. You can find hundreds of similar pubs all over Dublin. 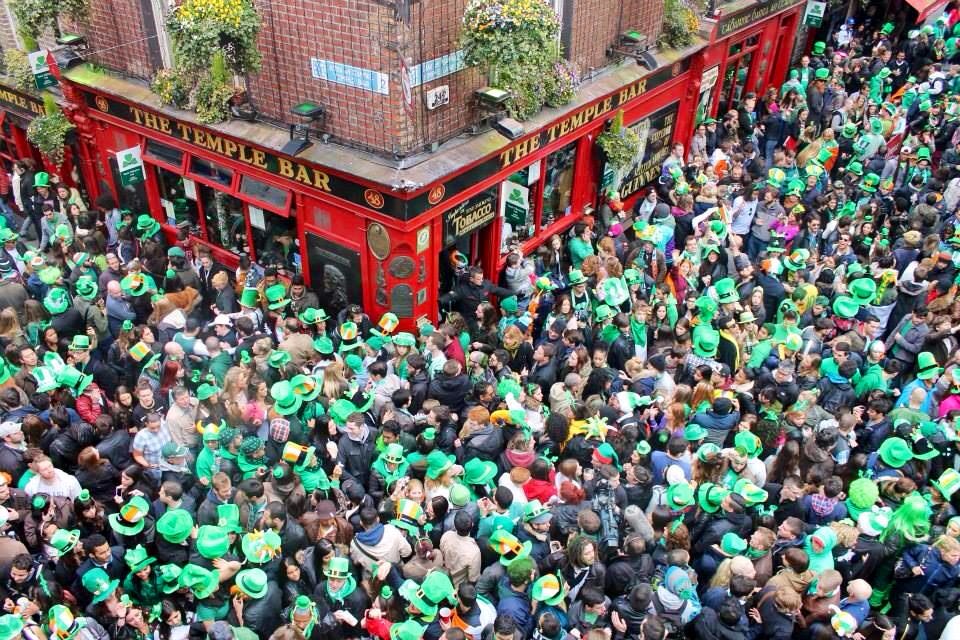 Swap this destination for Bernard Shaw

Home to one of Dublin’s most famous beer gardens, this is an excellent alternative to the crowded Temple bar. Bernard Shaw sports a very chilled and artsy vibe. This destination offers a café and a big blue bus restaurant that whips up the most decadent and delicious fresh pizzas. They offer everything from regular pub quizzes, gigs, and flea markets to the world's first coffee-throwing competition. Yes, you heard right! Each competitor has to throw a 1kg bag of roasted coffee. If your bag rips you’re out, you're awarded for each meter your bag traveled. 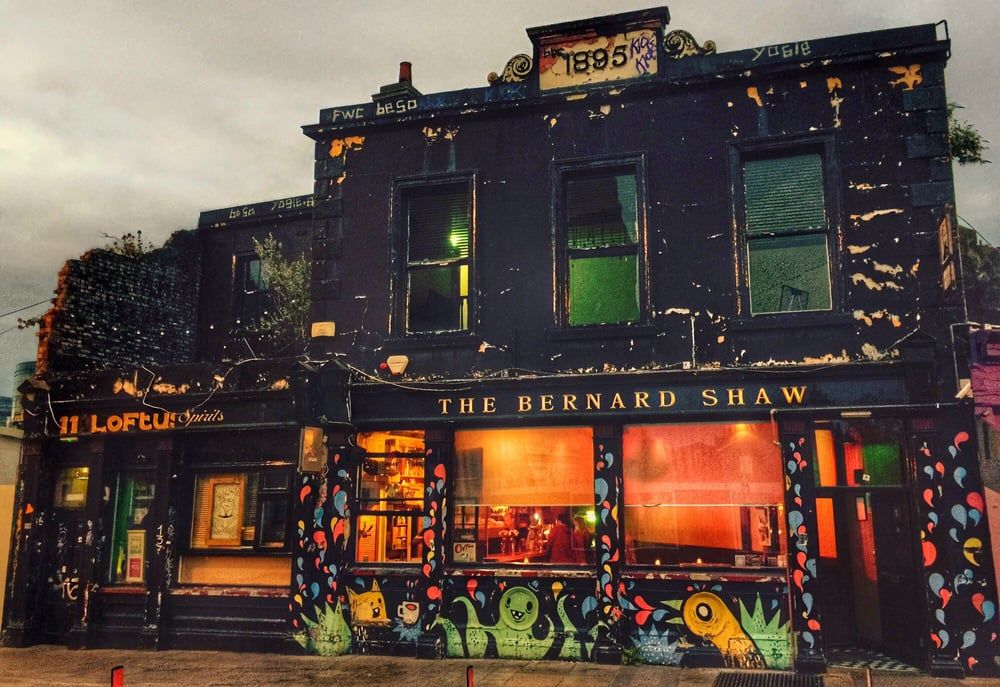 Don’t expect much from this ordinary street. The reality proves to be much less glamorous. There isn't much excitement a few name plaques on a sidewalk can bring. Besides the exhaustive crowds all competing for a picture on the sidewalk, you can find some tacky souvenir shops and celebrity impersonators standing around. The walk of fame is renowned for being a pickpocketing hotspot as well. This sidewalk attracts around 10 million people annually. 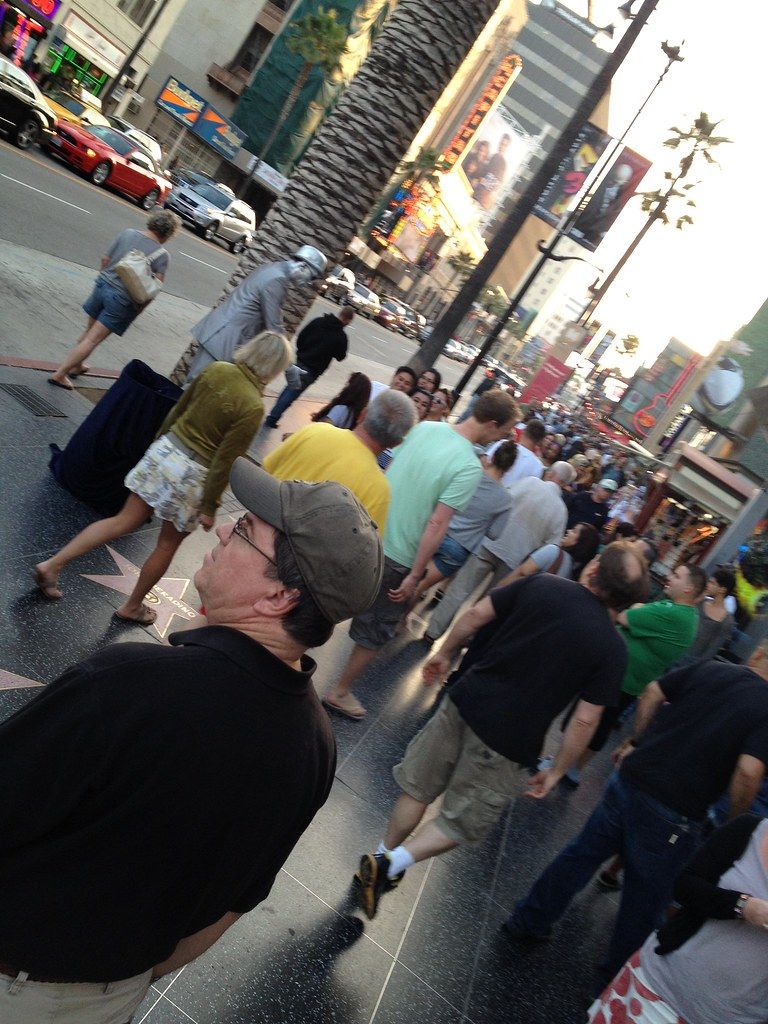 Swap this destination for Hollywood, Florida

Why not skip the well-known Hollywood area and opt for Hollywood in Florida. This city offers some of the most beautiful oceanfront views and glamorous art scenes. It’s known for its one-of-a-kind Hollywood Beach Broadwalk, a 2.5-mile-long beach promenade. Hollywood, Florida, offers a wide range of attractions such as theme parks, aquariums, pristine beaches, zoos and a lot more. This is already much more than you will experience at the Hollywood Walk of Fame. 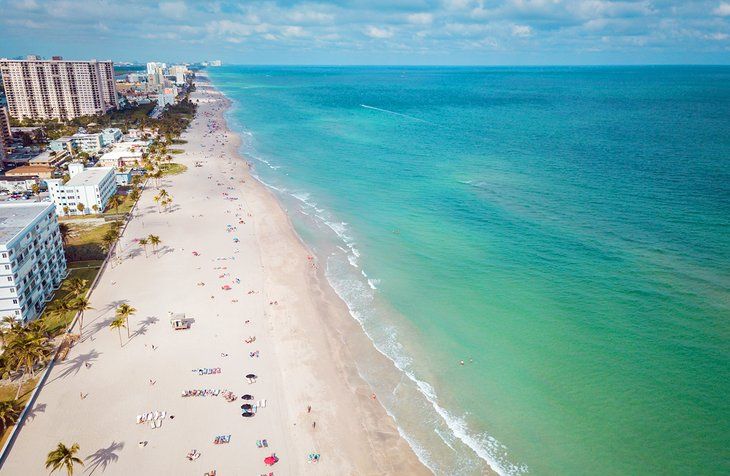 This over-populated forest can be described more as a zoo-like park. The monkeys that are used to humans tend to be over-aggressive. Therefore many people report being attacked by monkeys or having personal items ripped from their hands/bodies while visiting the forest. Apparently, around 4-5 visitors get bitten per day. Of the 35 000 reviews on Tripadvisor, more than 6 000 reviews rate their experiences less than a 3-star. You will find an overcrowded forest with people trying to feed the monkeys around every corner despite the clear signage prohibiting anyone from feeding the wild animals. Monkeys can be found everywhere in Bali, from Mount Batur to the coastline of Uluwatu, so there's no need to visit this zoo-like sanctuary that costs around 8$ to enter. Around 1.5 million visitors are welcomed to the forest every year, that's about 10 000 people per month. 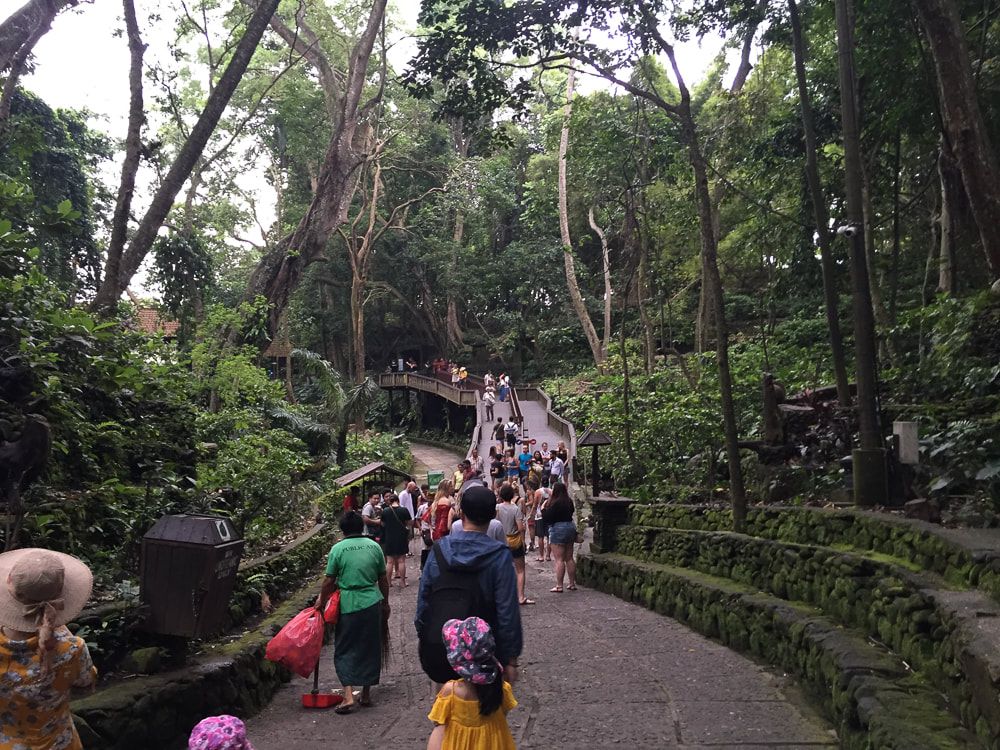 Swap this destination for Northern Bali 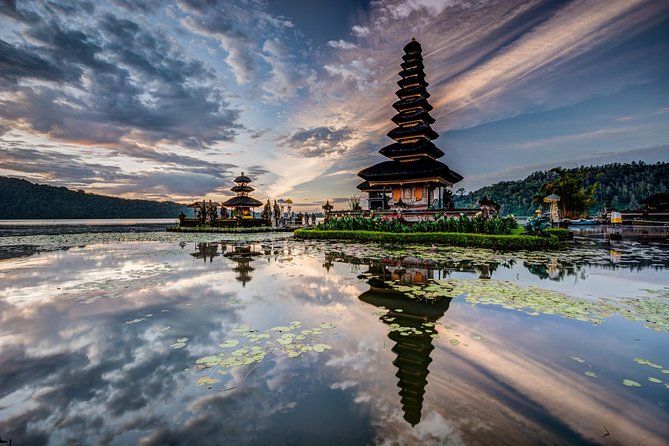 Would You Swap Any Of These Overrated Destinations For These Alternative Options?

It would probably be best to ditch the above-mentioned tourist traps if you're looking for a very tranquil and easy-going tourist destination. Many hidden gems worldwide are waiting to be explored that can offer you even more beauty and authenticity. Head to Atlys to start with the first step of setting up your Visa and getting travel-ready!

How To Apply For Your UK Visa

In this in-depth guide we'll talk about the UK visa requirements and walk you through the UK visa application process.

Wondering where you can travel without a visa? Check out this blog to find out more about the visa-free countries, other visa types, and much more.

Italy has dropped all the Covid19-related restrictions. Travelers can now visit Italy without worrying about any entry rules. There is no covid test. proof of vaccination or green card required anymore.

Learn how to prepare for your trip to Hawaii and get a Safe Travels QR code.

How I Got A Schengen Visa In A Week

How Long Does It Take To Get A Schengen Visa

France Schengen Visa Processing Time. In this post you'll find some helpful tips you can use when you start your next Schengen Visa Application process.

Learn what documents you need to submit when applying for the Netherlands Schengen Visa. Also, increase your visa applications chance's of successes by adding these additional documents.