Meghan Markle, also known as the Duchess of Sussex, is famously known as the first American member to join the British royal family. She was born and raised in Los Angeles, California, before moving to Illinois to pursue a double degree in theatre and international relations at Northwestern University.

However, did you know that Meghan’s great-great-grandmother Mary was born on the island of Malta? In 2015, a few months before she met Prince Harry, Meghan visited Malta to learn more about her ancestors, and she described the experience as "fitting in a piece of the puzzle." During her stay, she immersed herself in Maltese culture, customs, attire, cuisine, and other aspects.

Meghan said that coming to Malta had been quite significant to her since my great-great-grandmother lived here and that she’d been trying to trace her ancestors' roots for a very long time. If you want to retrace her steps on your own journey to Malta, keep reading. 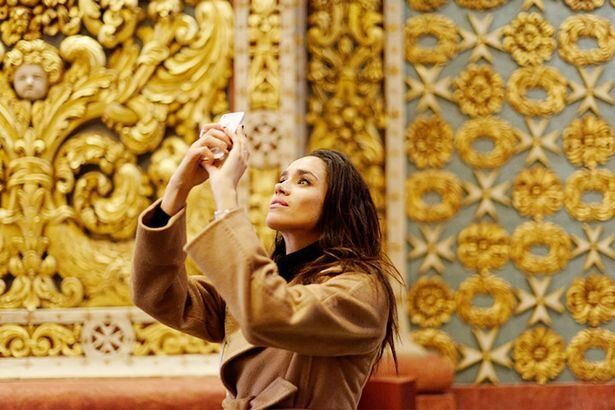 First stop: Maltese delicacies. You already know this was coming, because Malta is known for its unique pastries and desserts, as well as succulent rabbit stew. Start with a pastizzi with peas (pizzelli) and ricotta (rikotta) for breakfast.

Pastizzi is perhaps the most popular snack on the whole island. Pastizzerias in Malta and Gozo serve these little flaky pastries constantly warm due to the huge demand that necessitates baking them continuously throughout the day. No Maltese itinerary is complete without them. 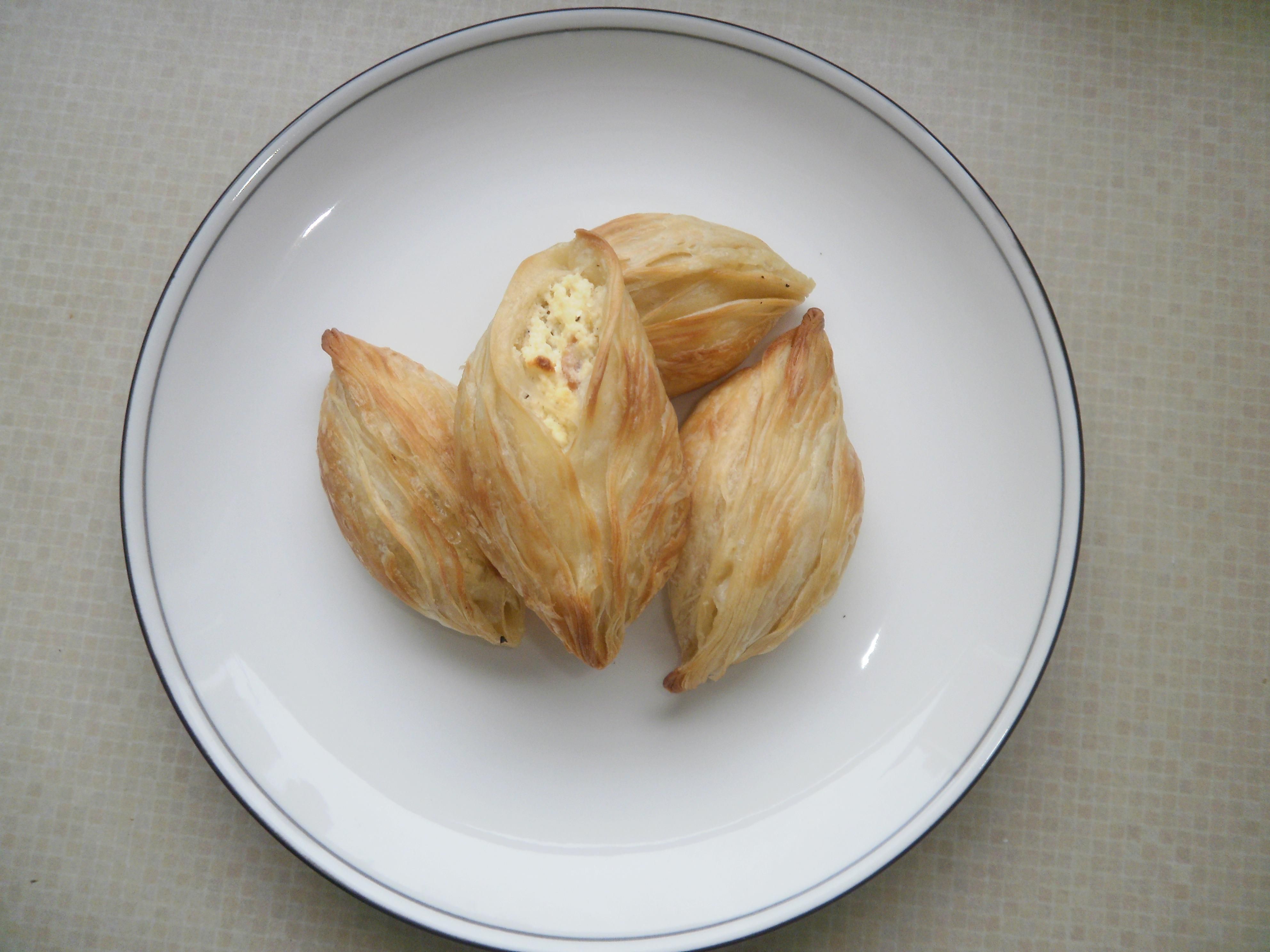 Next, Meghan indulged in a traditional Maltese delicacy known as ftira biż-żejt. When it comes to the Maltese flatbread known as "ftira," the answer is yes.

This tuna roll sandwich is likely to include tomato paste and olive oil as well as other Mediterranean ingredients like olives, capers, and sun-dried tomatoes. This is the bread equivalent of paradise, no matter what you choose.

Think you're getting a regular ol’ sandwich here? Nope, this Mediterranean sandwich creation is at its finest in Malta's traditional rendition. Because it's substantial yet not heavy, it may be eaten as a meal or as a fast savory snack on the run.

Meghan then crossed over to the sister island of Gozo (and so shall we) to see the famous Azure Window in Dwejra Bay.

Unfortunately, this iconic structure, which was made famous by its appearance in Game of Thrones' opening episode (the Dothraki wedding feast), is no longer standing. During a particularly fierce storm, it sank into the roaring waves.

Nevertheless, it is quite a sight to see. Although the 28-meter-tall arch was ultimately brought down by the Mediterranean Sea's fierce winds and storms after a long period of natural erosion, scuba divers, on the other hand, have some good news. Following its demise, its colossal remains create a stunning underwater scene that resembles a paradise for divers. 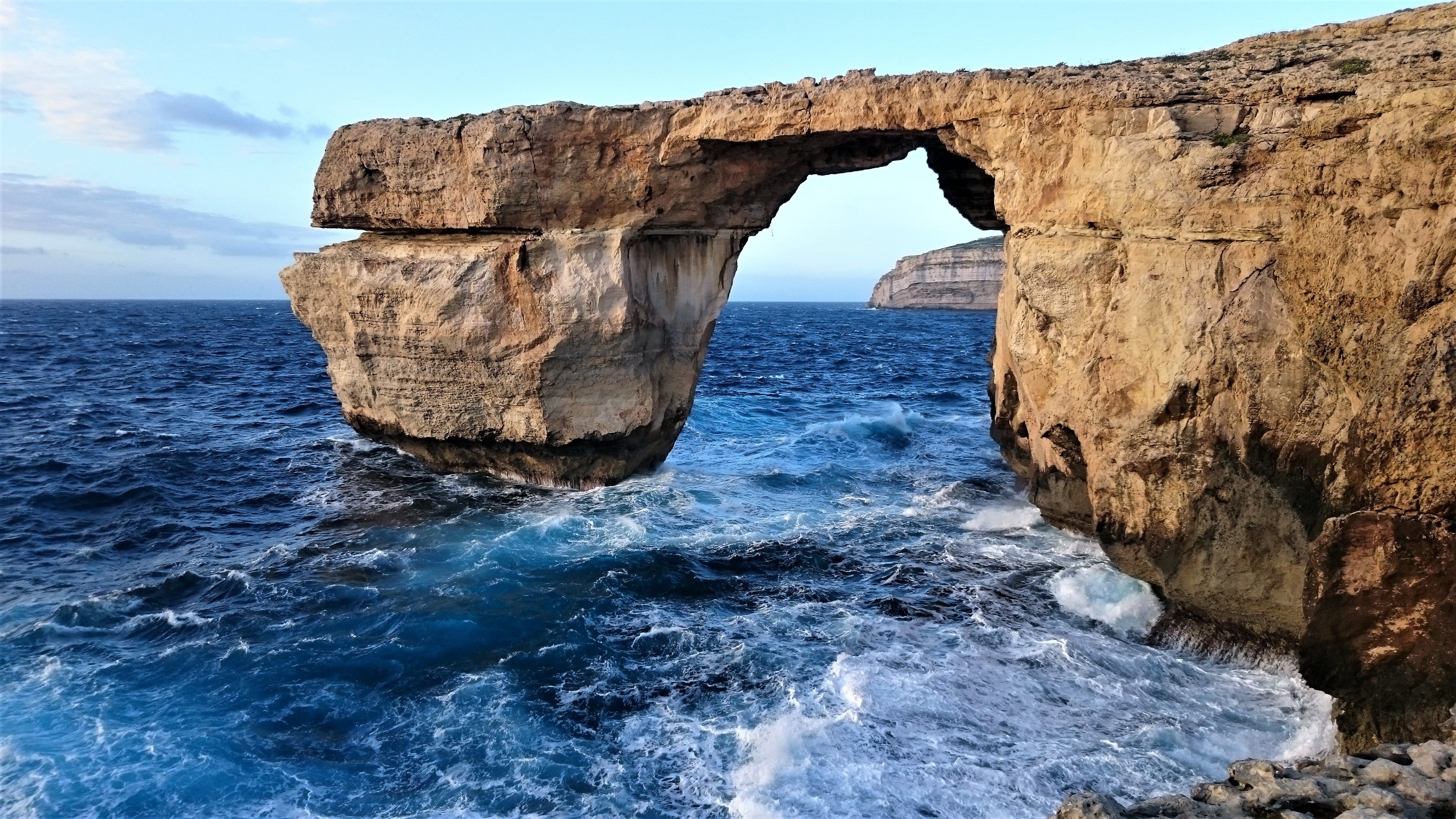 Back on the main island, the duchess of Sussex also visited the historic fortified city of Mdina. You guessed it- that’s going to be our next stop too. 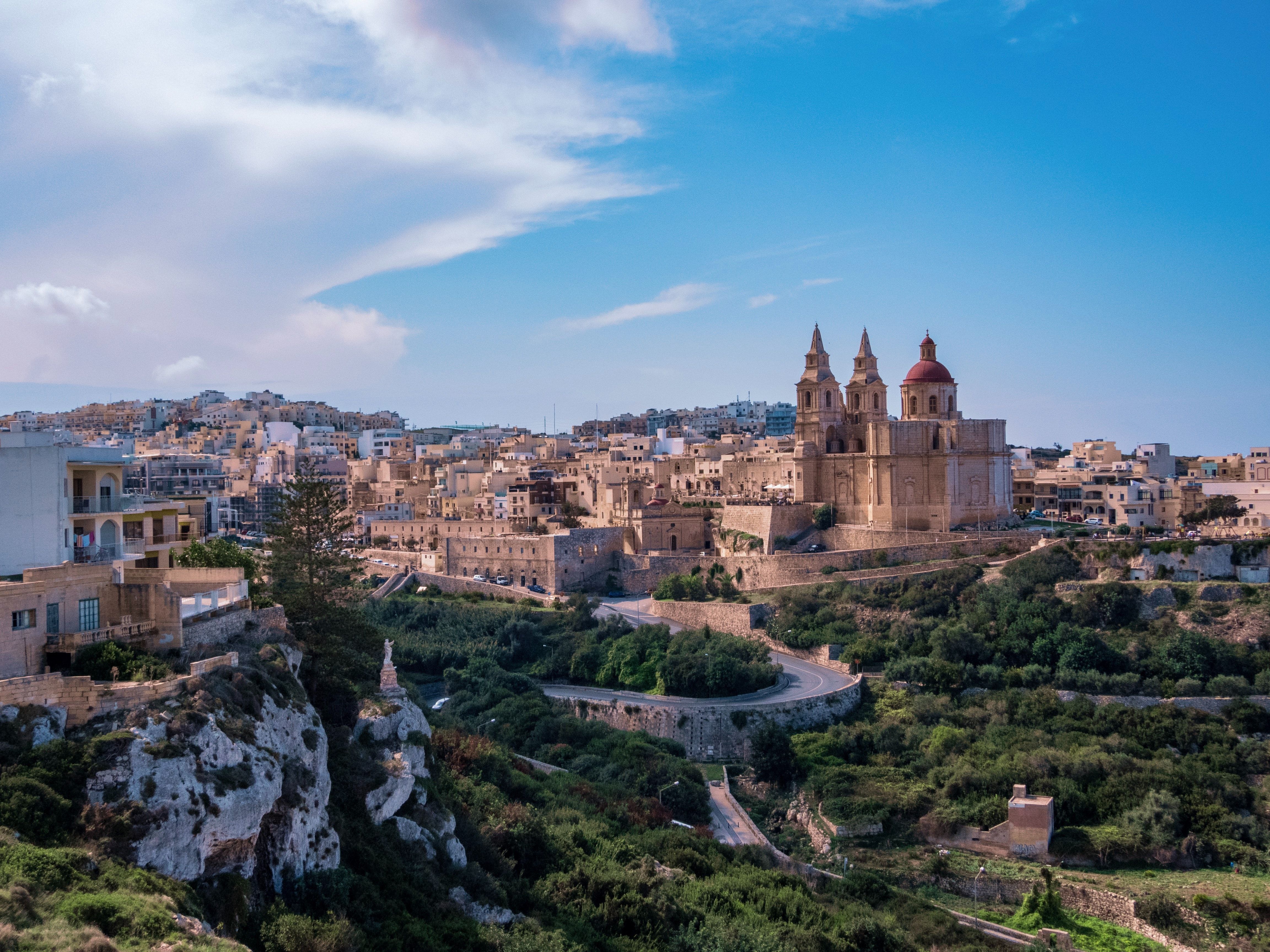 Mdina, Malta's 'Silent City,' is perched high above a hill with a commanding view of the surrounding villages. The narrow, winding alleyways of this walled town are lined with a kaleidoscope of medieval and Baroque buildings.

Mdina's small corridors and alleyways make it seem like history is coming to alive as you walk about.

As the sun goes down, we’ll be retracing Meghan’s footsteps to Valletta, the capital city of Malta. It is situated on a cliff overlooking the sea on three of its four sides due to the island's small peninsula. The Grand Harbour, the deepest natural harbor in the Mediterranean, has been in use since the Phoenician times. 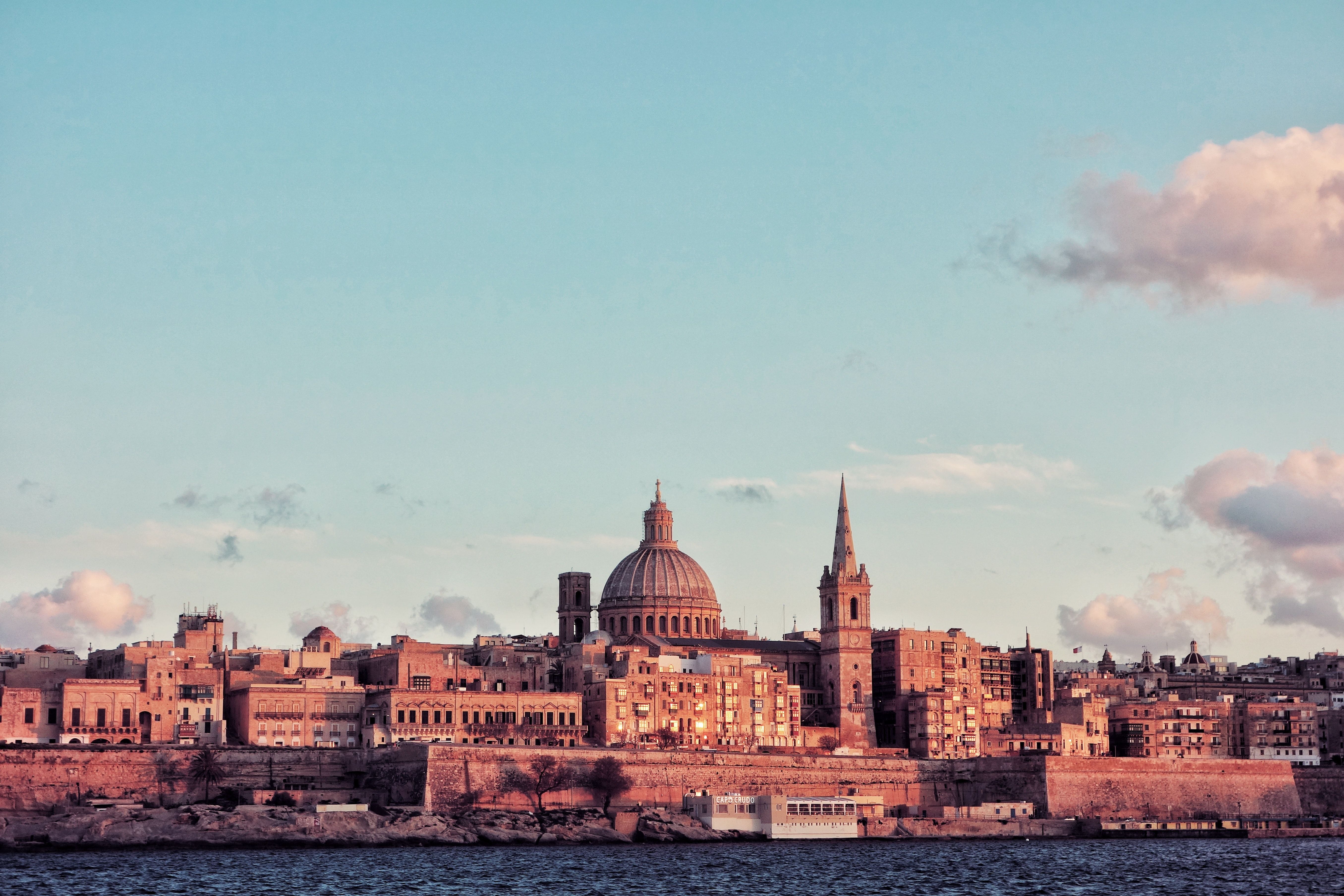 While it's one of Europe's smallest capitals, this 16th-century city's architecture has stayed impressively intact, with every cobblestone street leading to the sea. Furthermore, the city of Valletta is jam-packed with magnificent architectural landmarks. While there, she visited the magnificent Saint John's Co-Cathedral, which is a sure stop on every tourist's Maltese itinerary for its sheer golden grandeur. 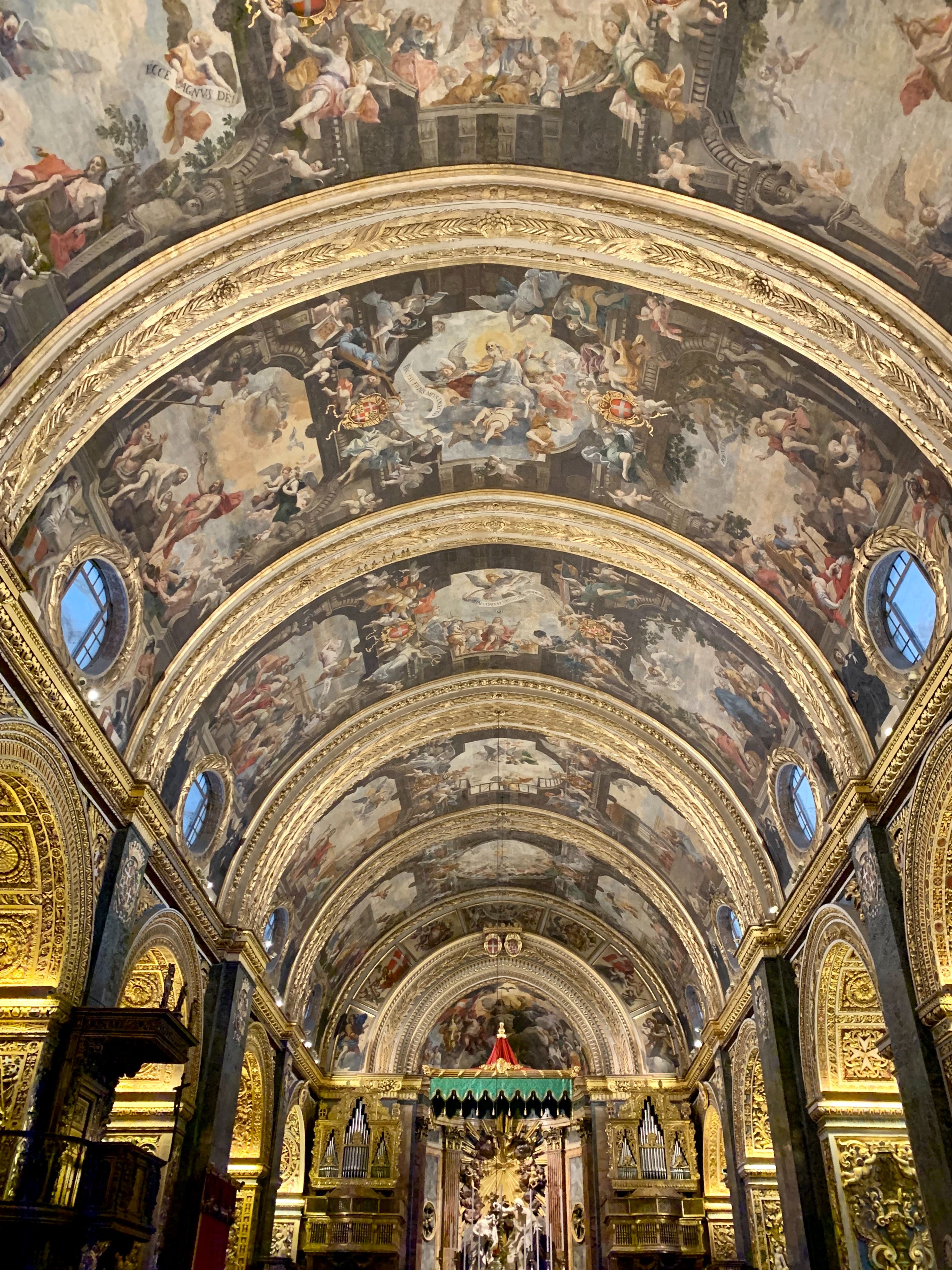 The Mediterranean's forget-me-not blue and the city's butterscotch-colored structures make for a striking contrast. This city is a must-visit while in Malta.

As the evening draws to a close, we’ll be capping our day with a traditional Maltese-style rabbit stew or 'stuffat tal-fenek.'

There is no universally accepted recipe as what it is depends on the Maltese family recipe that has been passed down through the centuries. In essence, 'the Maltese way' of cooking rabbit involves stewing the meat for at least an hour and a half (although usually much longer) in a thick wine and tomato sauce scented with bay leaf.

The main course is the stew, which is served with roast potatoes sprinkled with fennel seeds and crusty Maltese bread. We also recommend sampling Gozitan goat cheese, especially the pickled ones with black pepper on them. Meghan is said to have found them quite “delicious” herself.

As your day retracing Meghan Markle’s ancestry in Malta comes to an end, we highly suggest taking a leaf out of the duchess’ book and filling your bag with all kinds of Maltese delicacies before catching your flight out.

Planning a trip to Malta? Here’s everything you need to know.

As remote working becomes more widespread, and many people are going in search of destinations where they may enjoy a higher quality of life while lowering their cost of living, many have begun to explore the prospect of optimizing taxes by being a digital nomad. Here’s a list of 5 countries in Europe that promise to treat you and your bank balance well.

This post offers all the information you need to decide whether or not the Malta Golden Visa is for you. It includes the requirements, costs, and application process.